It was the dead man’s chalk line coloured in with black marker pen, gliding gracefully over the water that initially caught my eye. 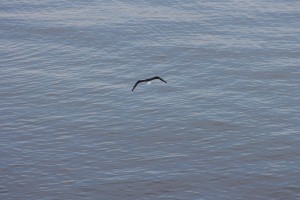 Curiosity kicked in and my research assistant Molly and I set out to discover more about this creature. It transpires it’s the world’s largest gull, a Great Black-backed Gull. Large billed, heavily built, huge wingspan, bold and ferociously predatory.

Molly aka Elvis, the Budda, Chubsy. 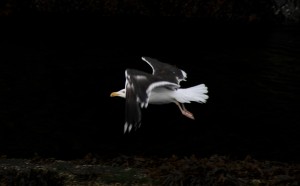 Its usual stomping ground is around the harbour, along the shoreline or sheltering on the craggy headland. I’ve been watching and photographing this bird for a few weeks now and it always seems to have a dominating presence, top of the hierarchy over the other Gulls, the Godfather, the Big Cheese, first in the pecking order. 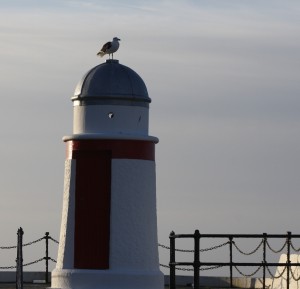 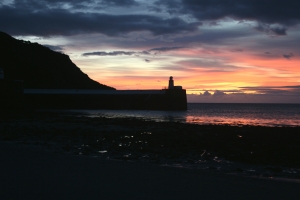 Preening time in the fresh water running from the river into the sea. 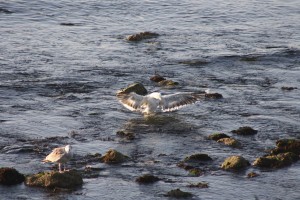 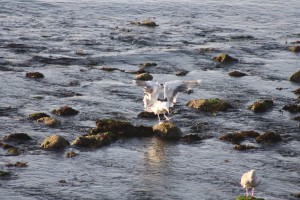 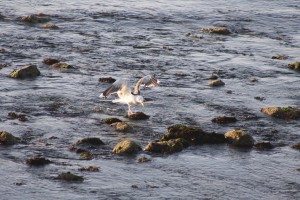 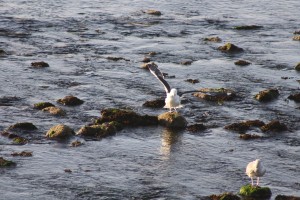 A juvenile showing off its broad wingspan 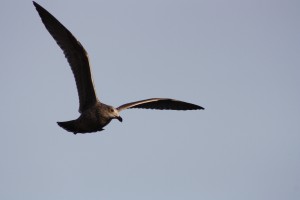 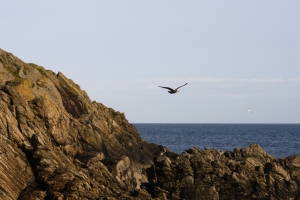